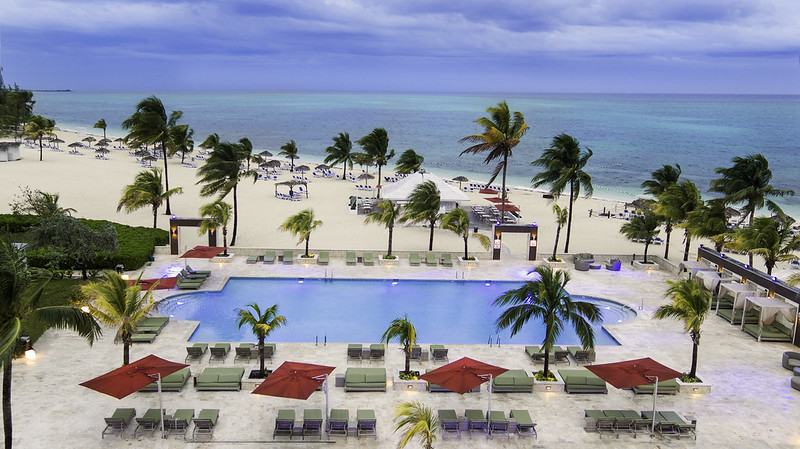 Most people believe that Freeport is the capital of Grand Bahama Island. However, this can’t be further from the truth, its capital is West End, a coastal town that has so many stories to tell.

Located at the western end of the island, West End is the oldest settlement. The Lucayans inhabited the island from 500 B.C. and became extinct in 1520 at the hands of the European conquerors.

In 1836, West End had only 370 inhabitants.  The Prohibition Era provided job opportunities, as it became a hub for shipping alcohol to the United States.  Afterwards, its community went back to fishing; bonefish from this area were coveted by Hemingway.

West End thrives on fishing and tourism, which has flourished in recent decades thanks to large investments, especially in Old Bahama Bay, the marina that welcomes yachts.

Still, West End is not Grand Bahama Island’s best-kept secret, as few people are acquainted with a labyrinth recreated on the island reminiscent of a European labyrinth from 1200.

Located inside the Garden of the Groves, is a replica of the Labyrinth of Chartres. This is the only green labyrinth in the Bahamian archipelago and aims to elicit the climate of spirituality with which it was created in France.  The Labyrinth of Notre Dame de Chartres was conceived inspired by Greek mythology, the episode of Daedalus who wanted to imprison the Minotaur.  Do you remember the strand Ariadne gave Theseus so he could untangle himself and return safely after the fight with the monster?

We are waiting for you at Viva Wyndham Fortuna Beach in Freeport.

Our secluded beach assures guests peace and quiet: the extensive beach is all theirs!  Open year-round, accessible within a 45-minute plane ride from Florida, the internationally spirited resort has a PADI dive center that organizes shark dives.

Versatile and lively, it offers guests one-of-a-kind activities such as trapeze and paintball, the opportunity to relax by the pool with Bahama Mama cocktails and much, much more.

Viva Wyndham Fortuna Beach is the only one of our resorts that can also be reached by sea, thanks to the Balearia Caribbean ferries departing from Miami, at a distance of only 55 miles.